On October 27, 2021, an award ceremony was held for students of the educational program "Jurisprudence" with the participation of the chairman of Sberkom - Gulnara Anatolyevna. Under the leadership of the program-leader - Mynbayeva Nurgul Baltaevna, students - Matkenova Zarema Erbolkyzy, Peisova Sania Galymkyzy, Khalmatova Asel Maratkyzy and Kaisarieva Aruzhan Asylbekkyzy took part in the Olympics organized by the Central Election Commission on the theme of “Electoral systems of countries of the world".  The chairman of the Sberkom noted that the certificates were awarded to the students who scored the highest points at the Olympiad among the universities of Kazakhstan.  School of Politics and Law is proud of our program leader and students, and wishes them to conquer new heights! 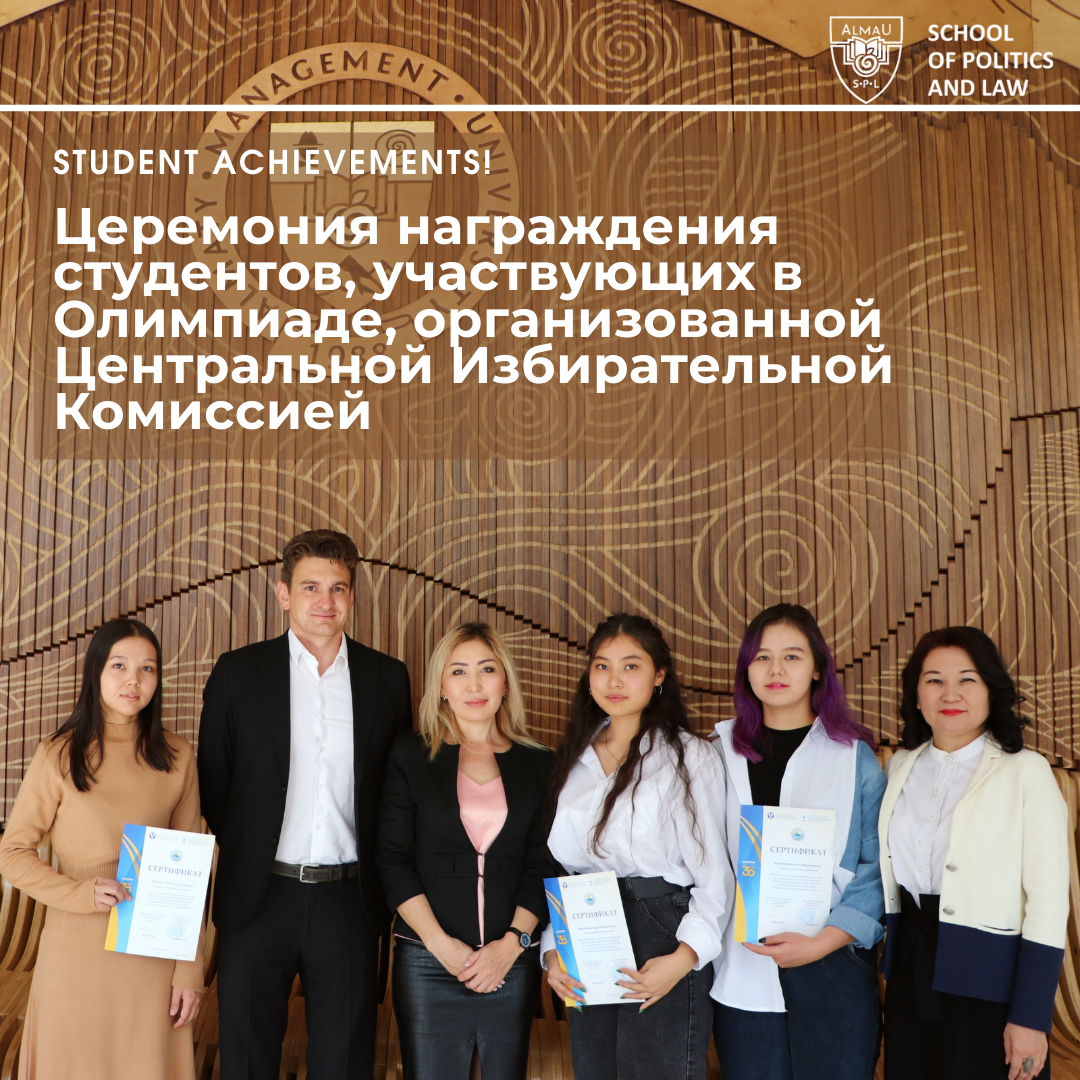 As a part of the Service Learning discipline, our students participated in “Special Olympics Kazakhstan” as volunteers, and were rewarded for their assistance in organizing sports events for children and adolescents with disabilities! Special Olympics is transforming the lives of athletes with mental disabilities through their athletic performance. It is the largest sports organization in the world for children, teenagers and youth with special educational needs. The mission of Special Olympics is to provide children, teenagers and youth with the opportunity to train and compete in many Olympic sports year-round.

Expanding the horizons of cooperation!
On November 1, 2021, in the specialized interdistrict administrative court of the city of Almaty, a Memorandum of cooperation with representatives of Almaty Management University was signed. Chairman of the SIAC in Almaty Tolegenov T.A. noted the importance of cooperation with educational institutions in order to promote the administration of justice, clarify the provisions of the APPK RK.

The memorandum enshrines important aspects of bilateral partnership, focused on the development of the legal education system, propaganda of administrative justice. The priority area of ​​joint activities of the parties will be to promote research work, conduct scientific and practical activities on topical problems of administrative and administrative procedural law, implement educational and other projects, including by providing a platform in the future for professional and industrial practice for students.

«Protection of the rights and legitimate interests of minors, prevention issues»

10/22/2021 students and undergraduates of the educational program "Jurisprudence" and teachers Mynbayeva N.B., Seralieva A.M., took part in the International online round table on the topic "Protection of the rights and legitimate interests of minors, prevention issues" organized by the Almaty Academy of the Ministry of Internal Affairs named after M. Esbulatova. Candidate of Law, Assoc prof. Seralieva A.M. spoke with the topic "Problems of criminal responsibility for bringing juvenile suicide". After the discussion of the reports, a discussion took place, where the participants discussed and asked questions on the topic of the round table. The event was held at the proper level, eventful and informative. 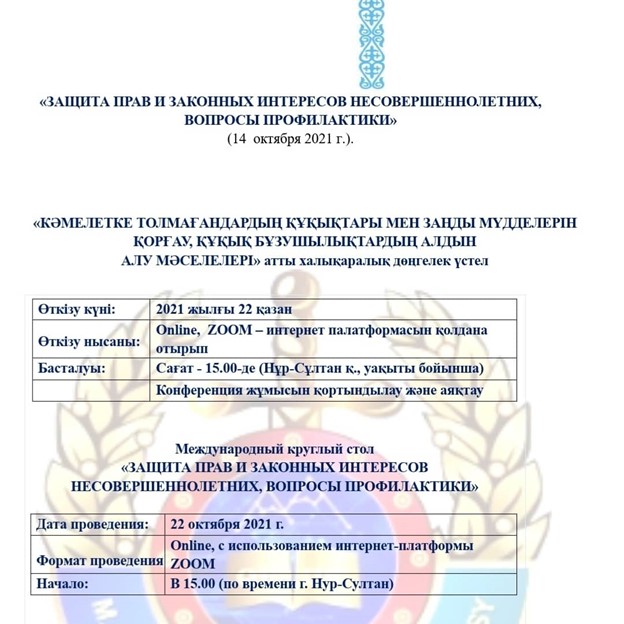 January 26, Dean of the School of Politics and Law gave a lecture for students of Bilimkana-Almaty School

On January 26, at Bilimkana-Almaty School, the Dean of the School of Politics and Law (Alberto Frigerio) gave a lecture about the international legal protection of cultural heritage.» We would like to sincerely thanks Aisha Tanat, a student of Bilimkana School, who bravely organized and managed the whole event showing that you can already be a great leader at a teenage! In the next future, we intend to further explore similar opportunities because we believe that a constructive cooperation between schools and universities can provide extensive benefits to everyone. And we are ready for that! 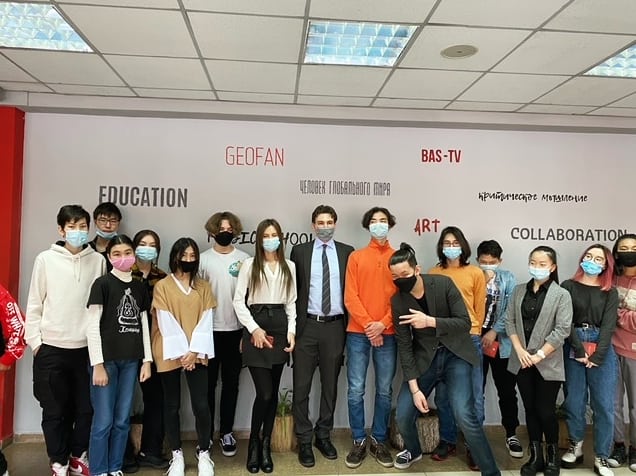 On November 16, 2018, Mr. Paul Stronski visited Almaty Management University. Mr. Stronski is well-known American scholar of International Relations, who currently is employed by Carnegie Foundation, where his research focuses on the relationship between Russia and neighboring countries in Central Asia and the South Caucasus.  Until January 2015, Stronski served as a senior analyst for Russian domestic politics in the U.S. State Department’s Bureau of Intelligence and Research. He was the director for Russia and Central Asia on the U.S. National Security Council Staff from 2012 to 2014, where he supported the president, the national security advisor, and other senior U.S. officials on the development and coordination of policy toward Russia. Before that, he worked as a State Department analyst on Russia from 2011 to 2012, and on Armenia and Azerbaijan from 2007 to 2010. During his lecture, Mr. Paul Stronski raised issues of international politics and security in the Central Asian region and answered questions from the audience.